Zenker's diverticulum (ZD) results from a posterior mucosal herniation through Killian’s triangle, an area situated above the cricopharyngeus (CP) muscle and below the inferior pharyngeal constrictor muscle. ZD is likely caused by incomplete relaxation of the upper esophageal sphincter as well as increased intraluminal pressure. ZD can be asymptomatic, and the most common symptom associated with symptomatic ZD is dysphagia. The definitive treatment for symptomatic Zenker’s diverticulum is a surgical correction, either by an open transcervical or an endoscopic approach. The open surgical approach involves a transcervical incision usually involving concurrent cricopharyngeal (CP) myotomy, whereas the endoscopic utilizes an endoscope to visualize and divide the diverticulum from the inside. Endoscopic approaches have gained widespread acceptance due to shorter hospital stays, lower rates of complications, ease of access in case of recurrence, and shorter operation times. Thus, endoscopic access is often considered the first-line choice for the treatment of ZD. We present a case of a patient with a symptomatic ZD that is treated with an endoscopic staple-assisted diverticulotomy. The clinical presentation, diagnostic criteria, surgical procedure, and postoperative care are highlighted.

Zenker’s diverticulum (ZD) is the most common type of esophageal diverticula, typically presents in patients older than 70 years of age,1 and is slightly more common in males.2 ZD protrudes through Killian’s triangle, which is an area of least resistance between the oblique fibers of the inferior pharyngeal constrictors and the cricopharyngeus (CP) muscle. The overall prevalence of ZD is believed to be between 0.01–0.11%.3 ZD has a higher prevalence in the USA, Canada, and Australia compared with Japan and Indonesia. The pathophysiology of ZD is unclear; however, certain risk factors such as abnormal esophageal motility, altered upper esophageal sphincter function, and aging predispose patients to its development.4, 5

ZD can be asymptomatic. For patients who develop symptoms, the most common presenting symptom of ZD is dysphagia. Other associated symptoms can include retrosternal pressure sensation, halitosis, and regurgitation of undigested food. Weight loss can be reported due to the distress caused by eating. Swallowed contents can become lodged within the diverticulum and cause halitosis and further outpouching, possibly leading to the appearance of a neck mass on physical examination. However, physical exam findings are often unremarkable. The most serious consequence of ZD is the pulmonary aspiration, and patients may present with a history and typical signs of aspiration pneumonia. ZD can be found incidentally in patients who undergo upper endoscopy for other reasons, but surgical intervention should be reserved for symptomatic patients.

Diagnosis is made by correlating the patient’s history and clinical findings with imaging studies, such as a barium or gastrografin esophagram. A definitive diagnosis requires visualization of the diverticulum by showing a contrast-filled pouch that is best detected using lateral projection.5 Additionally, upper endoscopy is recommended to confirm the diagnosis and rule out possible malignancy.

The goal of surgical treatment is to restore the continuity from the hypopharynx to the esophageal lumen without obstruction or retention of swallowed contents. There are two ways to accomplish this, either with elimination or circumvention of the reservoir that traps debris, and release of the upper esophageal sphincter by a cricopharyngeal myotomy.

There are two main surgical approaches: open transcervical and endoscopic.6

Diverticulectomy with CP myotomy: division of the pouch tissue.

Diverticulopexy with CP myotomy: suspension of the pouch preventing flow into it.

Diverticulotomy with CP myotomy: cleavage of the septum between esophageal lumen and diverticulum.

In this case, the Weerda laryngoscope is introduced into the esophageal inlet and placed in suspension. A rigid endoscope is used to visualize and identify the ZD (posteriorly) and esophagus (anteriorly) along with the common wall between them. The diverticulum is then cleared of debris using suction before placement of two lateral retraction sutures that assist in providing increased control of the common wall during staple placement. An endoscopic linear stapler is introduced and placed with the cartridge blade in the esophagus and anvil blade in the diverticulum to divide and seal the diverticulum against the esophageal inlet. The careful and simultaneous action of division and sealing during stapling reduces the risk of perforation, infection, and bleeding. Upon assessment, there is a restoration of continuity between the hypopharynx and the esophageal lumen. It is important to recheck that the staple line is snug against the esophageal inlet as any gap can leave a residual ZD. Once retraction sutures are removed and hemostasis is controlled, the Weerda laryngoscope can be removed.

Overall, the complications involved in both open and endoscopic approaches to a ZD are similar and include recurrent nerve injury, leak or perforation, cervical infection, hematoma, respiratory infection, stenosis, and mediastinitis.7 However, there are some complications that are specific to endoscopic approaches such as dental injury and cervical or mediastinal emphysema, which is the most common endoscopic complication.7 Further complications arise from the necessity of rigid endoscopy and surgical measures requiring general anesthesia, whereas flexible endoscopy has the benefit of being able to be performed under deep sedation. The difference in anesthesia management is just one difference that changes postoperative care between approaches. Open surgical procedures may require a longer recovery period that may require additional office visits due to wound care or removal of drains. Overall, postoperative management includes recommending that patients sleep at an incline of 30 degrees and refrain from any straining or heavy lifting that involves the upper body for two weeks.8 There are a number of individualizations that need to be made in regard to pain and diet. Diet recommendations usually begin with a liquid to soft diet for 1–2 weeks with gradual advancement as tolerated; however, some patients may benefit shortly from enteral nutrition through a nasogastric tube. It is important to normalize that patients may experience voice changes such as hoarseness for a few days after surgery. There are a number of postoperative red flags that patients should look out for such as fever; neck swelling; pain with breathing, swallowing, or speaking; difficulty breathing; and increased severity or frequency of concerning symptoms. 8

However, the CO2 laser and the stapler are two endoscopic tools that appear to have similar outcomes.13

Given the relative infrequency of Zenker’s diverticulum, it remains challenging to establish clear clinical and endoscopic guidelines that improve patient outcomes. Nonetheless, the case above showcases an example of rigid endoscopic staple-assisted diverticulotomy for the treatment of a ZD. 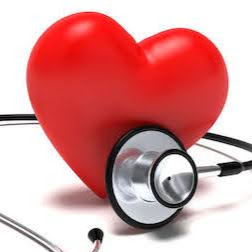