Carpal tunnel syndrome (CTS) is the most common peripheral compression neuropathy and results in symptoms of numbness and paraesthesia in the thumb, index finger, middle finger, and half of the ring finger. When CTS symptoms progress and can no longer be managed with nonoperative measures, carpal tunnel release (CTR) surgery is indicated. In this case, CTR surgery is performed on a cadaveric arm. The typical presentation of CTS is a pins and needles sensation in the hand that is most pronounced at night, affects sleep, and is not able to be controlled conservatively. The approach presented here is referred to as the “Mini-Open” CTR technique. A 2-cm longitudinal incision was placed directly over the carpal tunnel, the transverse carpal ligament was exposed and then released, and the wound was closed. Patients are typically sent home with instructions to use their hand immediately postoperatively, while avoiding strenuous use until the incision has healed. Splinting and therapy are not required postoperatively.

Carpal tunnel syndrome (CTS) is the most common peripheral compression neuropathy, affecting 5–7% of the population at large. CTS results in symptoms of numbness and paraesthesia in the thumb, index finger, middle finger, and half of the ring finger. Symptoms are typically the worst at nighttime or with prolonged use of the hand. Although many assume CTS is caused by repetitive use of the hand, in reality the etiology of CTS is multifactorial with causes including patients’ age, gender, weight, and comorbidities.1 Medical risk factors include diabetes, hypothyroidism, and any condition that increases fluid volumes in the body (e.g., pregnancy2). When CTS symptoms progress and can no longer be managed with nonoperative measures, carpal tunnel release surgery is indicated.

Carpal tunnel release (CTR) surgery is the most common surgery of the hand. It has evolved significantly over time, beginning with an extensile open release of the median nerve across the hand and distal forearm, to minimally invasive techniques including endoscopic and mini-open techniques. The technique being presented here is referred to as the “Mini-Open” CTR technique.

A 45-year-old female presents with many weeks of a pins and needles sensation in her right hand that is most pronounced at night, affecting her ability to sleep. She was given a wrist brace and treated conservatively with steroid injections with only temporary resolution of her symptoms. Physical examination of the hand identified baseline atrophy of the thenar muscles, paraesthesias in the median nerve distribution of the hand, and a positive response to provocative testing, including the Phalen’s test and Durkan’s compression test.

CTR surgery is indicated for patients who have persistent and/or advanced median nerve paraesthesias and thenar weakness. History and physical examination are typically sufficient to indicate a patient for surgery, but electrodiagnostic testing may also be of value to provide additional information about median nerve function.

The patient is positioned supine with the affected arm abducted across a hand table with the hand and forearm supinated palm up. The surgical site is infiltrated with 10–20 cc of a local anesthetic. The procedure can be performed with a local anesthetic alone but can be augmented with intravenous or regional anesthesia if so desired. Tourniquet hemostasis can also be applied if desired.

After completing the incision, the subcutaneous fat is retracted to reveal the superficial palmar fascia. This fascia is then sharply incised in line with the skin incision, revealing the transverse carpal ligament. There is often a muscle layer just deep to the fascia on top of the ligament, and this can be either cut through or elevated and swept aside to further expose the ligament.

Once the transverse carpal ligament is completely exposed, the ligament is sharply released longitudinally. The release is first performed distally. With the distal aspect exposed with retractors, the release is performed by gently pushing the scalpel blade into the ligament until it gives. This will immediately expose the median nerve itself and the flexor tendons of the hand. The distal release is confirmed once the ligament is no longer visible and the perivascular fat of the palmar arch is visible. For the proximal release, reposition the retractor to the proximal portion of the incision and expose the proximal part of the transverse carpal ligament. Often the proximal portion is tighter than the distal, and the release should extend across the crease of the wrist. The proximal release can be carefully performed with a scalpel, a fasciatome, or scissors. The median nerve should be visualized throughout the release to confirm it is both protected and released.

Once the nerve is released satisfactorily, the wound can be washed with normal saline, and closed with sutures, typically using about three interrupted stitches. The sutures will be removed in approximately ten days postoperatively. A soft dressing is applied.

Patients are allowed and encouraged to use their hand immediately postoperatively, while avoiding strenuous use until the incision has healed. Splinting is neither recommended nor required, but if the patient desires to utilize a splint, they may do so. Therapy is not required postoperatively.

Outcomes after CTR surgery are typically positive, with success rates hovering around 90%.3 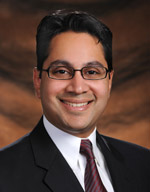